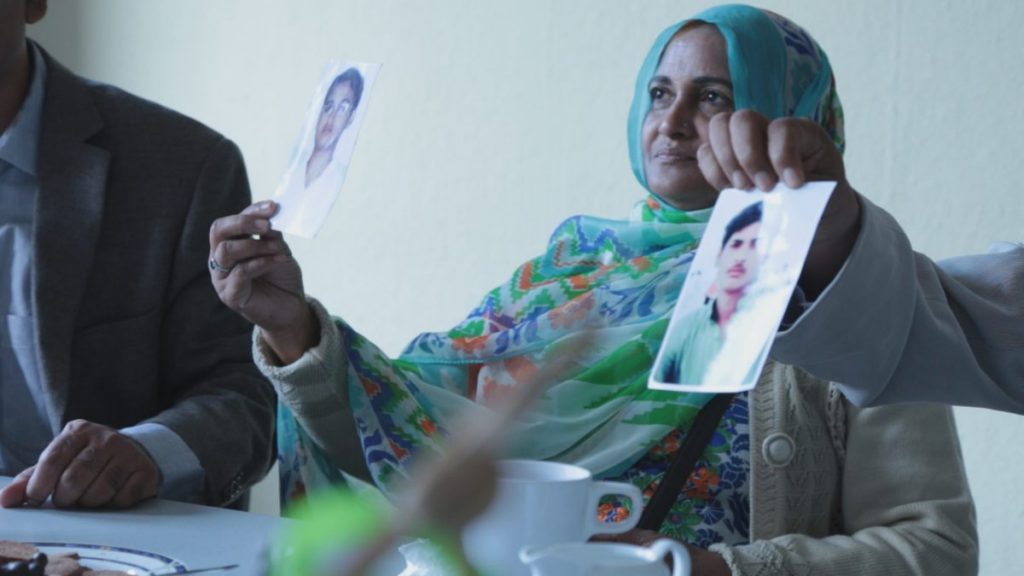 A 2012 fire in a Karachi textile factory killed 260 workers, among them widow Saeeda Khartoum’s only son. She begins a personal transformation from domestic mother to leading labour rights activist, heading a self-organised association to represent the survivors and families. Gaining the following of Pakistan’s biggest trade union, she is then supported by lawyers from Germany and Italy. On the association’s behalf, she starts bringing court cases in Pakistan, Germany and Italy, first against the Pakistani government, then the German clothes brand, and finally Italian private auditing company. The latter had audited the factory as “fire safe” just 20 days before the fire.

The film follows Saeeda’s own transformation happening in the context of global workers’ struggle to finally change how global supply chains function. For too long have companies of the global North exploited the benefits of trade liberalisation, allowing them to squeeze producers to speed up production and cut costs to inhumane levels. As a result, real wages and factory conditions have been deteriorating in producing countries like Pakistan for a decade; the amount of workers affected is enormous. And despite the rise of a privatised factory auditing industry (whereby northern clothes companies pay northern auditing companies to “safety audit and certify” their factories), industrial disasters continue with horrific regularity. The system is horribly broken, producing misery and desperation in the South alongside its tonnes and tonnes of apparel for the North. Saeeda’s cases and mobilisation represents a serious and timely effort to fix it, so that workers may begin to live and work with dignity.

Filmed between the factories and streets of Karachi, the offices and courtrooms of Torino and Berlin, this character-driven film is an intimate portrait of a transnational civil network that is championing simple responses to a complex problem; more corporate accountability in the North and more workers’ rights in the South. The film follows Saeeda from the streets and outskirts of Karachi to the courtrooms of Europe, as she begins to understand the workings and effects of global supply chains in her country; as well as what needs to be changed for those worst affected, and how.

Neueste Beiträge
PRE-CRIME CALCULATOR
WHY ARE WE CREATIVE
We use cookies on our website to give you the most relevant experience by remembering your preferences and repeat visits. By clicking “Accept All”, you consent to the use of ALL the cookies. However, you may visit "Cookie Settings" to provide a controlled consent.
Cookie SettingsAccept All
Manage consent

This website uses cookies to improve your experience while you navigate through the website. Out of these, the cookies that are categorized as necessary are stored on your browser as they are essential for the working of basic functionalities of the website. We also use third-party cookies that help us analyze and understand how you use this website. These cookies will be stored in your browser only with your consent. You also have the option to opt-out of these cookies. But opting out of some of these cookies may affect your browsing experience.
Necessary immer aktiv
Necessary cookies are absolutely essential for the website to function properly. This category only includes cookies that ensures basic functionalities and security features of the website. These cookies do not store any personal information.
Non-necessary
Any cookies that may not be particularly necessary for the website to function and is used specifically to collect user personal data via analytics, ads, other embedded contents are termed as non-necessary cookies. It is mandatory to procure user consent prior to running these cookies on your website.
SPEICHERN & AKZEPTIEREN